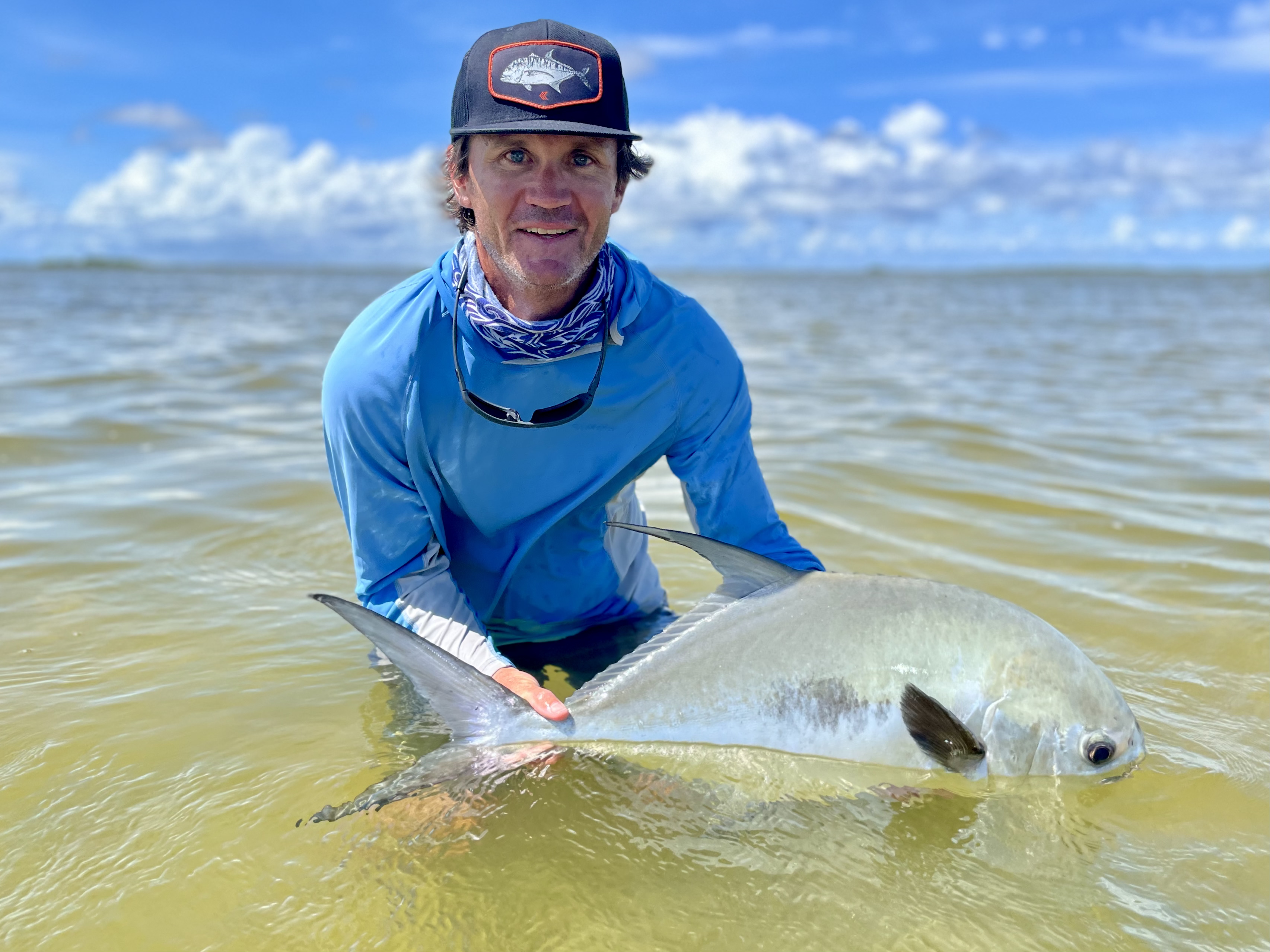 Welcome To The Show!

Welcome to "Permit To Think," where we share meaningful stories and conversations from the fringe of societal norms.

Permit To Think spawned from Mike Dawes’ 30 years of fishing travel, the people he has met along the way and an intense curiosity of their stories.

Mike has been immersed in the sport of fishing since the age of five when he caught his first trout on the fly. Both his Grandfather and Father were avid anglers who introduced him to the sport at an early age, exploring rivers and lakes in the Adirondacks and Poconos. His Grandfather helped found Deep Water Cay Bonefishing Club in the Bahamas, where Mike had his first taste of saltwater fishing and where Mike later worked for a year.

A graduate of St. Lawrence University (1996), Mike moved to Denver, where he received an MBA in Marketing from University of Denver Daniels College of Business (2000). To help pay business school expenses, Mike worked in a local Fly Shop in Denver, exploring Colorado fisheries every chance he could get.  After graduating and attending one job interview, Mike opted out of the real world and instead used the remaining funds from his student loans to purchase a plane ticket to SouthEast Asia where he spent months backpacking between 4 countries.

With a business marketing degree in hand and his passion for travel intensified, Mike dreamed of a career in the fishing business.  But it wasn’t until he was recovering from a major surgery in 2001, where he donated a portion of his liver to his father, that he realized that he needed to work in a field he was truly passionate about.  He has worked in the fishing business ever since.

Mike spent a season with Rock Creek Anglers in Saddlestring WY before making his way over to Jackson Hole, WY / Victor, ID where he would end up taking the job as the Vice President of WorldCast Anglers in 2021.  After the company sold in 2008, Mike continued on as the President until he resigned in 2021 to spend more time with his family, pursue creative outlets and new opportunities.

While Mike is passionate about all types of fishing and hosts many different types of trips, Permit fishing with a fly consumes him and he attributes that to the forced meditation in the pursuit.  Permit to Think was born out of the quiet time between casts, where Mike’s curiosity for fishing, travel and people has grown.

His love of permit fishing led him to the competitive arena where he won the Del Brown Permit Tournament, and was a two time winner of the March Merkin Permit Tournament and a three time winner of the Black Tail Invitational permit tournament.  Mike has been featured in numerous publications and featured in several films namely, Corazon,  Scorpion Expedition, Carpland, Turning Points North.

Mike currently sits on the board of The South Fork Initiative, and has previously served on the Friends of the Teton River and the Teton Valley Foundation.

Mike resides in Jackson Hole, WY with his wife Jenn, two children, Cooke (9) and Rumsey (6) and dog, Moxie.  In between trips, sports practices and dance recitals Mike can be found with his family exploring the mountains and rivers in his backyard, camping, rafting, mt. biking, skiing, hunting and, of course, fishing.